I Am Enough, Right? 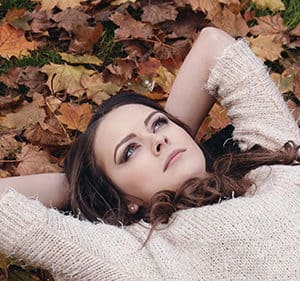 Do you feel like you are good enough? Recently I heard a talk by mindset coach, celebrity therapist, and best-selling author of 4 books, including “Ultimate Confidence,” Marisa Peer, who has helped thousands of people overcome all sorts of problems with her mindset training. Her approach is simple.

Marisa says that she can usually tell what someone’s problem is within the first 2-3 minutes of a conversation. That’s because it’s usually one thing—somewhere along the line they acquired the belief that they weren’t good enough. And this one belief plays out in symptoms ranging from meltdowns, attempted suicides, depression, and multiple marriages, to bad behaviors, eating disorders, and lack of success.

This belief that you aren’t good enough can be triggered by something that happened to you as a child. Perhaps one of your parents left the family, and you felt abandoned. Perhaps you were told that you weren’t good enough by a teacher in school. Or perhaps you had an abusive sibling that made you feel that way. In any case, it happened, and you created that belief.

An example that Marisa used was a client whose mother had committed suicide. The client formed the belief that she wasn’t good enough for her mother to want to stay alive for her sake. That’s a dramatic example, but drama isn’t necessary.  Even a seemingly little thing can be traumatic enough for a child to create the belief that they’re not good enough.

But here’s the thing—because you created your belief, you can change it. You don’t even need to know how it came about.

So how does Marisa help these people change their life in a few days or weeks’ time?

She is able to change this basic belief by telling clients to keep saying “I am enough” over and over again. Her advice: post notes around the house, on the bathroom mirrors, as text reminders—so you hear it and say it as often as possible.

Why does this work so well? This technique changes this belief (I am not enough) by making the new one (I am enough) more familiar. So if you have been believing that you aren’t good enough, that’s what you’re familiar with. You need to turn that around so that the belief, “I am enough” is the familiar one.

You may also be making more negative statements about yourself in general, than positive ones.

For example: How many times have you deflected a compliment? You know, someone says what a nice shirt you have on, and you say, “Oh I got this at WalMart (or the local used clothing store).” That’s deflecting a compliment, instead of just saying, “Thank-you.”

Why do we deflect compliments? Because they are unfamiliar and the brain disregards them. So another thing you can do to turn this around is to start praising yourself. Yes. You probably say more negative things to yourself than positive ones.  So what do you think is more familiar to you? If you want to have complements be more familiar, start saying more positive things to yourself. Things like, “You’re doing great” “That was a good move” “Good job, [your name].”

No one gets as much praise as they deserve, so, if you want to retrain your brain to help you feel like you are enough, you have to do it yourself.

Once you do this, you will see your world transform into one of contentedness and happiness. At least that’s what Marisa’s clients report. Try it for yourself and see if it’s true for you.

I am enough! And that’s good enough for me! If you feel like you need some coaching on this, find a coach in our online directory.