My best recommendation for expanding your business

Are you really an entrepreneur? 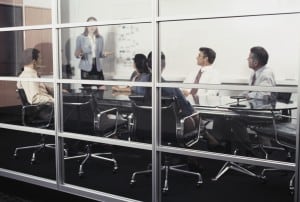 When people ask you what you do, you tell them you are a life coach. I’m proud of my job and I spent years learning how to be a great life coach. I did some NLP certification training and I’ve got many years of experience working with real clients too. But unless you are a life coach for someone else’s company, you’re also an entrepreneur. The problem is that coach’s training programs do not include entrepreneurial training. Yes, they may teach you a few things about marketing, mindset, and sales conversations, but there is an entrepreneurial way of thinking and acting that make some businesses wildly successful. It’s the mindset that created companies like Intel, Apple, Adobe, Google, eBay, PayPal, YouTube, Craigslist, Twitter, Facebook, and LinkedIn.

One thing that these companies have in common is that they took bold risks to accomplish something outstanding.

The majority of life coaches that I have talked to personally say the same thing to me about their risk tolerance. It usually sounds like, “I’ve spent so much money on this business.” Or, “I’m not going to spend anymore money on this business until it starts making money.” In other words, they have a very low tolerance for risk. What they need to know is that if you’re going to start-up a business, you will need to take on some risk. But it should be calculated, strategic, intelligent risk.

Entrepreneurs go out and create the future they imagined. They survive by taking intelligent, strategic risk. There are no guarantees or safety nets.

One successful coach I know tells her clients that it takes at least three to five years before you start seeing a profit. Examples of taking risks, adapting to the market, and becoming successful can be seen in these stories:

1) In 1997 Reed Hastings got fed up with the late fees he was being charged for renting movies and he launched a business that allowed customers to select a movie online, receive it in the mail, and return it when they were done with it. He called it Netflix but it didn’t catch on. Customers complained that it took too long to get the movie in the mail. He tried partnering with Blockbuster and they laughed him out of the room. But he kept going. He perfected his delivery system so that customers would get their movies overnight. He offered monthly subscription plans with unlimited rentals. By 2005 Netflix had 4 million subscribers. In 2010, its revenue was $160 million. That was the same year Blockbuster filed for bankruptcy.

2) In 1998 Max Levchin and Peter Thiel created a software program that allowed you to send cash to someone via a Palm Pilot called Confinity. When the PalmPilot didn’t catch on, they created software for online money transfer and renamed the company, PayPal. They struggled for years trying to get people used to the idea of transferring money online even though it wasn’t as fast as via mobile devices. Then they noticed that eBay customers were using their service so they shifted their focus to eBay as their real market and offered its customers a way to pay for auction items. They still struggled financially losing millions of dollars to fraud. But as they improved their business model and learned to form their mistakes, they eventually became a million-dollar company.

3) Mark Victor Hansen and Jack Canfield traveled all over the country speaking radio shows to get attention for their book, “Chicken Soup For the Soul.” They approached many, many publishers before they found one who was willing to take a chance on the “iffy” project. They went into debt to the tune of about $600,000 before they started to realize a profit. They took on strategic risk, went into debt, but came out ahead because of their determination. However, if they hadn’t taken on a certain degree of risk, they would never have had successful businesses. It’s just a part of starting up a business.

So don’t be afraid to invest in your business before you make money. Evaluate opportunities, find a good coach and support team, and be adaptable to what the response is from your market.

You can find a coach in our IAPLC life coach directory at: https://iaplifecoaches.org/life-coach-directory/

If you’d like to get a taste of life coach training, take this free sample life coach course.

This site uses Akismet to reduce spam. Learn how your comment data is processed.